So yesterday’s roofing adventure put me behind both on the job I was doing and in the shop. I was supposed to be back in the shop today working on a kitchen job. But I had to finish the job that I was suppose to do yesterday.

I was a little slow out of the gate today. Aside from falling off a roof years ago. I now also remember why I don’t do roofing. It’s very hard on your body. My legs are like cement today.

I just read my e-mail and came across this. The final release of the ten ounce silver version of the Queen’s Beast series. 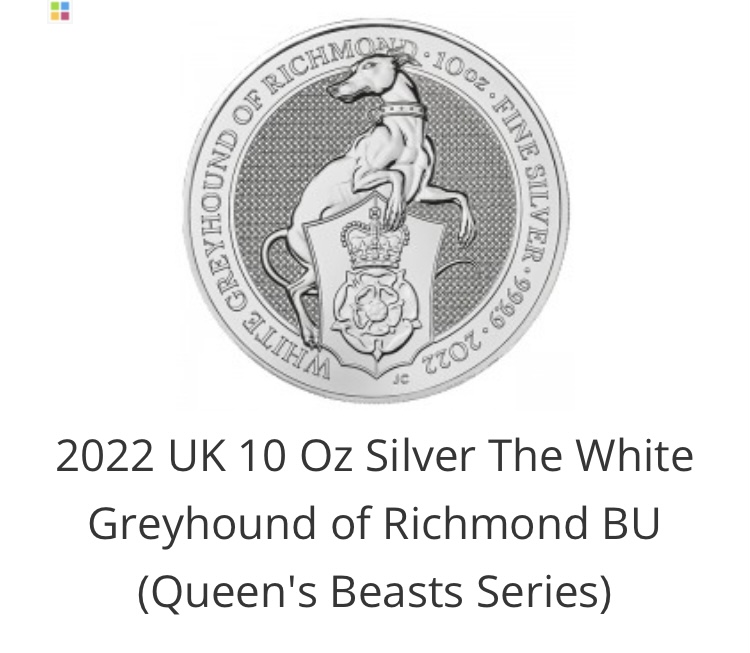 For those of you that aren’t aware they decided mean the Royal Mint, to stagger the releases of the coins so that collectors didn’t have to buy all the coins at one shot. So the ten ounce silver and the one ounce platinum coin were released a few months after the initial coins.

Well somewhere along the series this gap grew. Obviously since the series has been done for almost a year.

So, instead of charging the owner $5000, you charged just enough to buy a 10 oz Queen's Beast?

We did it for the original balance left on the contract. But I’m gonna be getting that coin for sure.