My first HIVE PUD! and my Leofinance.io attempt

Commitment to HIVE? YES! All the way...

I used to do power ups when some HIVE accumulated. I have not taken any HIVE out and converted to FIAT. I let HBD accumulate because, frankly, I was not too sure about the whole conversion of HBD to HIVE process ...

Thanks to my friend @coquicoin, who tagged me to reveal the wonderful world of LeoFinance. Frankly, I had looked at LeoFinance community before but did not really try anything there because I do not know much about Crypto other than a few basics.

However, @coquicoin's tag prompted me to look at it and at least try out a simple Hive Power Up.

Since I am committed to HIVE platform, I am happy to powerup but doing it on a HIVE powerup day demonstrates a commitment to everyone and I am excited to try it... (Collage created by me based on Image from Source)

This was my first attempt and I wanted to at least power up 100 HIVE but had only 27 in my wallet. So I decided to convert my HBD to HIVE and then powerup.

Here is how I did it. I am not sure if this is the best way but it gets it done. So I thought I would share so that it may help some other 'crypto dinosaurs' like me!

Step 1: My HIVE wallet before I powered up 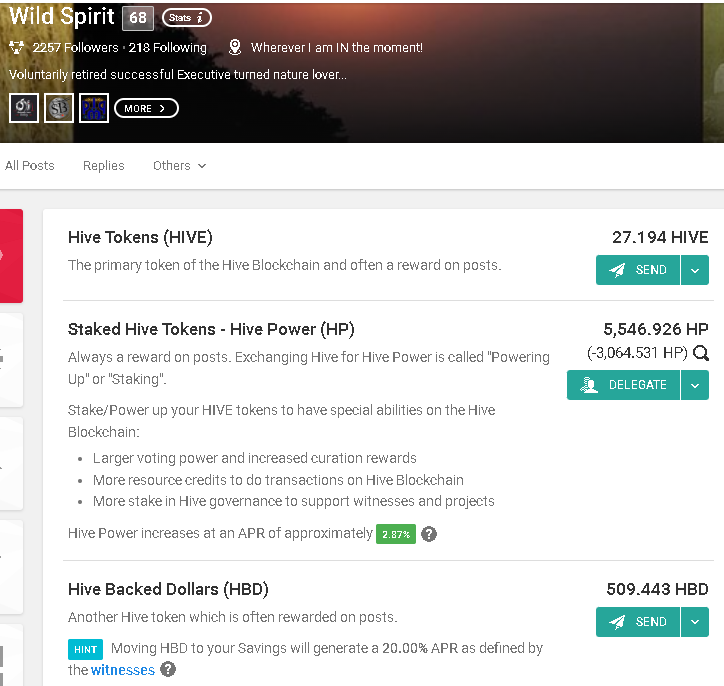 Step 2: Converting HBD to HIVE using market
General convert to Hive option supposedly takes some time so I chose to go to market and convert my HBD to HIVE. 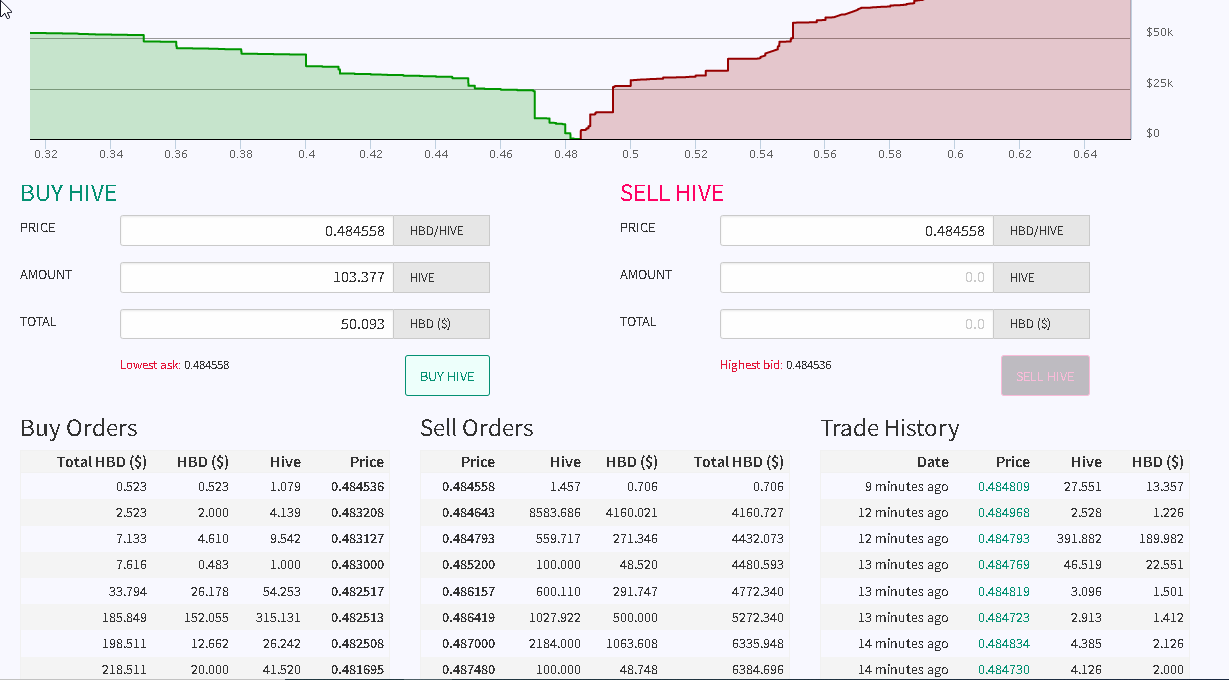 After the requisite authentications, the transaction went through and I had HIVE in my account in lieu of HBD which I exchanged. STEP 3: POWER UP!!
I clicked on the Send button next to HIVE balance and selected Power up. On the resulting POWERUP dialog, I dragged the slider all the way to powerup ALL the HIVE Balance I had. 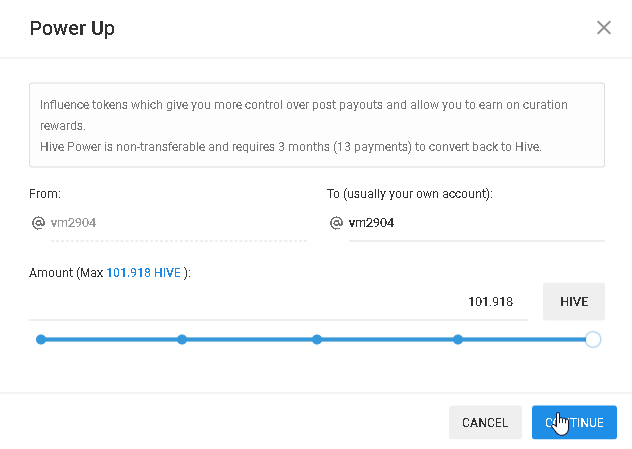 I clicked Continue and TADAAAAAAAA ! I had powered up! I have now reached 5648+ HP and I am going to keep powering up regularly.

Please comment freely to guide me further on HIVEPUD, Leofinance etc. Your views and comments are very welcome.

Hello! This is so awesome!!!!! Congratulations on your power up and your first post using Leofinance.io.
The way you did the HBD conversion is the way I always do it.
Happy Power Up Day! 💡🐝 💪😄

@coquicoin Thanks. Good to know I did the HBD conversion correctly.