summertooth in LeoFinance • 10 days ago (edited) But let's take a look at one that is in good (G-4) condition. 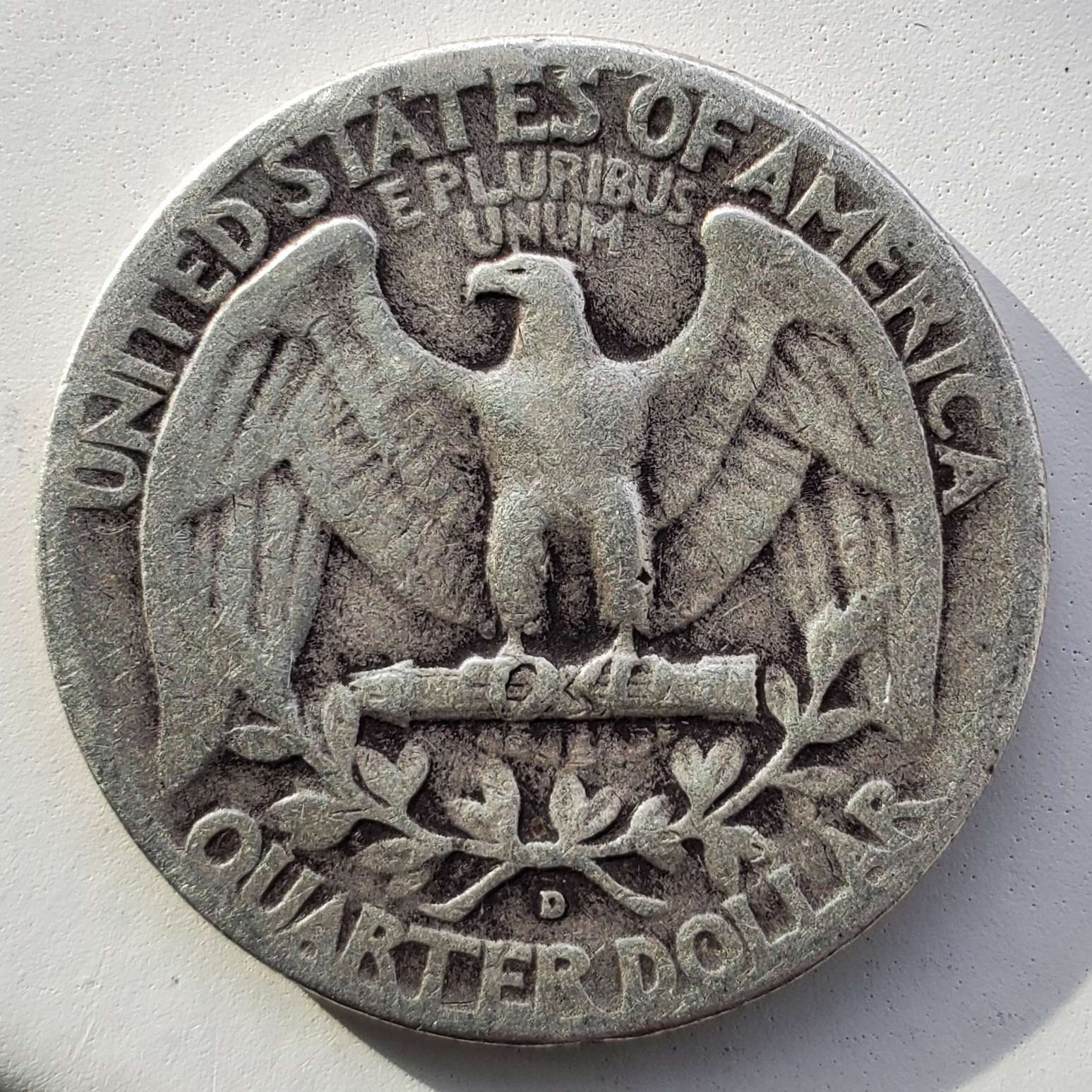 Here are some of the grades the above coin could fit into, which do you think describes this coin best?

I figure good or very good but either way this coin is worth about $6.

Why am I even talking about this coin today? Well, I got it as change the other day!!! 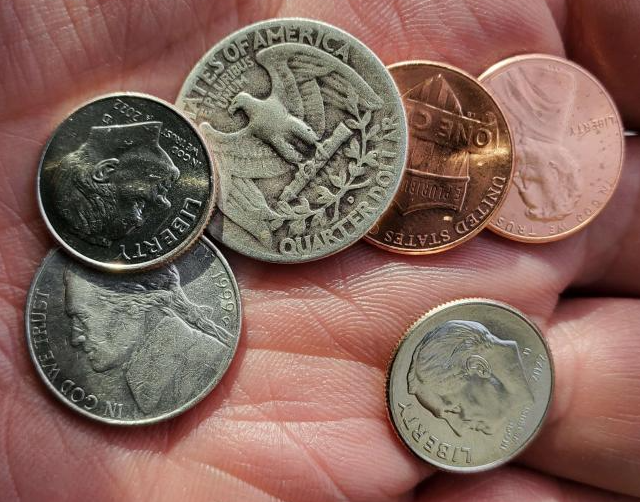 Yep, I stopped at the local squatch market for a six pack of libations Then I notice he is rummaging around in the drawer and as soon as he picks it up and tosses it into his hand with the other change I hear it!

It's hard to explain but as you could imagine a piece of metal that's 90% silver sounds different than a piece made from 91% copper (new quarters), and as someone who collects old coin I knew the sound immediately.

He hands me my change and I immediately drop it in my pocket and thank him ;)

Most silver coins have been taken out of circulation but there are obviously still some out there, so keep a keen ear friends.

The tills are alive with the sounds of real money...🎵🎶 Well that was very attentive of you.

There was no mistaking the sound.

The sound of silver quarters is glorious! When I was around 18 I had a few jobs, saving up for furniture for my first apt and whatnot. One was as a cashier, and the best paycheck wasn't from my hours. I opened a roll of quarters, and immediately recognized the sound!

I think I bought around 2 rolls total? All I know was it was a HUGE financial help to me at the time, like life changing 🤣

That's awesome Grin! Cool that you knew what you had and that it came when you really needed something like that. Did you sell them to a shop?
!PIMP
!LUV

Submit
0.00 PIMP
2 votes
Reply
[-]
thepimpdistrict  9 days ago
You must be killin' it out here!
@summertooth just slapped you with 1.000 PIMP, @grindan.
You earned 1.000 PIMP for the strong hand.
They're getting a workout and slapped 1/1 possible people today.

Read about some PIMP Shit or Look for the PIMP District

I did! In hindsight, I was probably ripped off a bit, but whatever. Can't really whine when you turn 20 bucks into a few hundred 🤣 !LOLZ

My pops collects coins... he has some kind of civil war pennies? IDK, but part of his collection is silver half dollars and quarters. I liked to wash them and make them crazy shiny as a kiddo 😁! I keep seeing stackers posts, maybe it's a sign that I should start up too 😎 !PIZZA


Why did the hipster burn his tongue?
He drank his coffee before it was cool.
Credit: reddit
@summertooth, I sent you an $LOLZ on behalf of @grindan Maybe, but what a score!

I'm totally biased in this but I'd say you should stack some silver if you can. Even a little at a time. As toucan see it can be helpful at certain times. I've sold some in the past and not even for profit, I just needed some cash and the silver was like a savings account NOT controlled by a bank.

That's wild , I only ever got 1 silver Canadian quarter in my change

It was crazy and fun! That is the first time since I've been stacking that I have gotten one.

No doubt that’s awesome. It’s been quite a while since that happened to me. Nice score

That's a first for me since I've been stackin

I love that sound too.. its hard to explain that specific "clink" of silver. Good score buddy, i expect to see it in next years Christmas card.

What the actual fuck is wrong with you??

I love the sound of silver. ❤️

I know exactly how you feel! I was at work one day and was giving a patient change out of the clinic's till when I noticed the sound of a quarter that didn't sound like the others! I immediately left that quarter until I finished with my patient. Upon checking it out, it was a 1960 quarter! I went to my purse and pulled out a fiat quarter and made the switch! Score! It always is nice when you get things like this! Good for you! Take care my friend and keep checking that change!🤗 !LADY

Yeah it was just unmistakable and I was so excited. Also felt a little bad for the kid because I am SURE whoever put that there knew it was something and probably meant to keep it 😆

That or one of his/her naughty kids got into the collection and really needed that candy bar!😂😂 Score for you!

YOU GOT IT IN CHANGE!😇🤑🤗
Awesome score @summertooth , silver is getting more and more difficult to find, probably some kid went through his dad's coin collection and popped out a quarter from one of the blue Whitman coin folders Lol!!
Don't drop that one on the trail anywhere my friend Lol!!😀

Yeah, I wonder where it came from too and who got in trouble for using it 😅
I will not drop this one sir! ;)
!LUV

Lol unless you drop it somewhere in Bellingham!😇🤣
Have a good week my friend!😊

Haahahahah!
at the setting sun take 20 paces from the old courthouse, at the pine turn 90 degrees and start digging

The quarters are still about. Sometimes you can get lucky and receive silver in the coins !

What a lucky score! Congratulations, I haven't found any silver in my change for well over 20 years. I think the local Banks and coin handlers filtered them out a long time ago here in Canada.

Every now and then you get lucky, there isn't much silver coins out there in circulation but I agree with you there is no mistaking the sound of silver.

Some where along the line a crack head probably cashed in someones coin collection for a fix. lol

Damn, it's like good fishing. You go to the store and pick up the catch with change!