shariarahammad in We Are Alive Tribe • last month

Today is Sunday, October 24th and I am Happy to be alive.

Assalamu Alaikum, I hope everyone is well. Thank you very much in the court of the great Lord Almighty 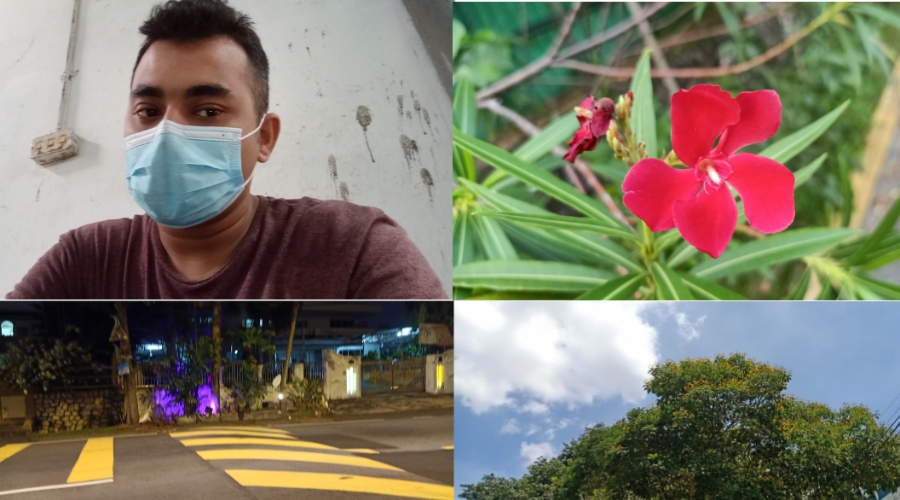 Death is a very small word. But its depth is huge. Death is the end of life. When I think I might not wake up one morning; I will not see my daughter's smiling face, then a strange emptiness is created.

In the language of biology, the end of the life of an organism (or organism) that has life is called death. Death is a condition in which all bodily activities such as respiration, food intake, management, etc. cease. The subject of death has been mentioned in all the scriptures. As the Qur'an says — ‘Every animal will taste death. ’Again in Hindu mythology — ‘If a person does not see his shadow in water or in a mirror, he will know that his death is not too late.’

The greatest truth in the world is death. People are not sure when and how their life will end. There is no specific moment of death. Physicians pronounced the patient dead, taking into account some critical factors related to heart, lung, and brain activity. But when the final or total death (somatic death) occurs, can not answer. In the language of biology, there is no definite single moment of death. At the time of death, people go through a series of small deaths.

Prominent neurology and medicine specialist Dr. According to James Bernat, ‘there is no fixed moment in human life when it is all over. This ending begins right after his birth. And the end result is the sum of many mini-deaths. '

I saw the first death in my life through the death of my father at the age of eight. As far back as I can remember, I was the first to learn about the eternal form of death. I knew my father would never come back to us. Then I was deeply in crisis of my own existence.

The famous writer Carl Sagan said of death, ‘You are alive right now! But this is not something common at all. When a person thinks about the infinite possibilities of how many turns there are on the road to birth, he will automatically feel grateful for this life. '

Life is not eternal and that is why living is such a beautiful thing; For which we should be grateful. If life were eternal, it would not be so beautiful.

My father was a professor of English in a government college. At the age when I lost my father, I was not old enough to understand my father's personality. I recognized my father through the eyes of others. During the SSC exam, a teacher suddenly came and said, ‘Are you Hannan Sir’s daughter?’ When I answered yes, he told a lot of stories about my father.

I found out that my father had overcome his fear of English. He could not do coaching as his financial condition was not good. Then my father used to teach him English without pay after college classes.

After the liberation war, the prices of food items went up a lot. At that time, my father arranged food for many people in the area with rice and pulses. I have heard these stories from the mouths of those people. I got to know my father through many such short stories.

We don't know how much respect we have been able to give to our father as a child. I have heard stories of my father's honesty and extraordinary personality from my neighbors, colleagues and students.

How small a flower is spreading all kinds of fragrance around us in the world. What a beautiful scene around us that actually makes us feel good. The picture I gave above is a very small flower. How many days have we lived in the world? The beauty of the world. If we think about it once, we will have a mindset of active good deeds. We will never have a mindset of doing bad deeds. That you will leave this world one day and now if you do not do good deeds in this world, you will not be able to take advantage of any creator in the next generation.

If you think about the surroundings, how much the Creator has made for us to keep our minds well, how many beautiful scenes we see in front of our eyes, we still don't thank the Creator, we still do the worst things, we know ourselves. I don't want to co-operate with others Talk to them well and you will see that the person who loves you will treat you well and if you treat another person badly then that person will treat you badly. This is a very normal thing. No, we don't understand this, but there are some people who are different from all the bad people in this world. They think how long they will stay in this world. There are many examples of how they can do good in this world until the war

All the pictures that we have seen above are the photographs that I have seen. I have presented them to you through my mobile photography because I have tried to take all these pictures with my mobile. That's why I try to increase my work experience by taking some pictures

Sir thank you very much